When factoring in second mortgage debt, seller closing costs, and sales commission, more than 50% of owners with a mortgage are unable to sell their homes and pay off their debts. 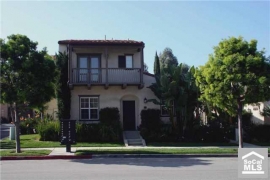 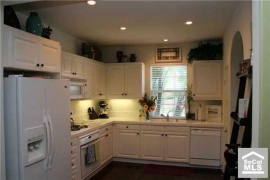 I tried to grow a mermaids tale,

'caus here's a lot of danger.

would love to catch a stranger.

uo, you left me drowning.

ou, you left me drowning.

Brother Brown — Under the Water

To be underwater with a cost of ownership exceeding a comparable rental is to be trapped in a debtor's prison. Loan owners in these circumstances have few good options.

None of the above options are particularly desirable. The worst part is, all of these problems could have been avoided. If prices are so high that a comparable rental doesn't cover the cost, then renting is a better choice than owning. Rental parity is a powerful price point. Above rental partly, owners face the situation described above. Below rental parity, and those problems go away.

Half of US Mortgages Are Effectively Underwater

A new report on still-falling home prices today highlights the fact that the lower those prices go, the more American borrowers fall into an negative equity position; that is, they owe more on their mortgages than their homes are worth.

Most analysts will tell you that negative equity is the number one problem in the housing market today, even worse than foreclosures, because it causes foreclosures, stymies consumer spending and traps potential home buyers and sellers in place.

Negative equity rose to 28.6 percent of single-family homes with mortgages in the third quarter of this year, according to Zillow. That's up from 26.8 percent in the second quarter. In real terms, that's 14.6 million borrowers.

Zillow's numbers are often quoted, but they are also all wrong. Zillow only looks at the Zillow Zestimate relative to the originally reported first mortgage amount. Their methodology misses all second mortgages and subsequent refinances of the first mortgage. Since the mortgages it misses are the real problem, the actual number of underwater homes is much, much higher. Plus, their methodology does not consider the hefty transaction costs required to sell a house.

Many of those borrowers are already behind on their mortgage payments, and some are likely already in the foreclosure process. The rest of them are in danger of defaulting, not because they can't pay their mortgages, but because they either won't want to (seeing as they will never see any real appreciation in their investment) or because any change in their economic or personal situation might force them into default (change of job, divorce).

In other words, negative equity provides significant incentive to strategically default. Most underwater borrowers also face payments in excess of comparable rents, so they are prime candidates to walk away. It's in their best interest to do so.

While 14.6 million might seem like a lot, it's not the real number when you consider negative equity in housing's recovery. That's because it doesn't factor in “effective” negative equity, which is borrowers who have so little equity in their homes that they cannot afford to move.

On US totals, if you figure average house prices use conforming loan balances, then a repeat buyer has to have roughly 10 percent down to buy in addition to the 6 percent Realtor fee to sell. Thus, the effective negative equity target would be 85%. You also have to factor in secondary financing, which most measures leave out.

Based on that, over 50 percent of all mortgaged households in the US are effectively underwater — unable to sell for enough to pay a Realtor and put a down payment on a new purchase without coming out of pocket. Because repeat buyers have always carried the market as the foundation, this is why demand has not come back. It's as if half the potential buyers in America died over a two-year period of time

As I recently pointed out, No equity, no move-up buyer; no move-up buyer, you get a slow market. The move-up market is paralyzed by the lack of equity, and this situation will not change any time soon.

It's as simple as buying and selling. Negative and effective negative equity are causing stagnation, which may in the end be far more detrimental than foreclosures. The argument to solve this problem is principal forgiveness, and it is gaining traction politically and somewhat less in the banking sector.

LOL! Principal forgiveness is not gaining traction in the banking sector? Perhaps because that's otherwise known as giving away money. Lenders make a living lending money which is to be repaid, not by giving away money they will never see again.

And of course its popular in political circles. Most politicians will pander to whatever large group whose votes are for sale. Loan owners are a very large group, and giving them free money would almost certainly buy a few votes.

Principal forgiveness, or lowering the balance of a large chunk of the nation's mortgages, would be costly at best but could be catastrophic at worst. “Those thinking principal reductions are a panacea have never originated a loan, done the street level research, and do not really know the borrowers behind their data,” argues Hanson. “More than likely it would create a far greater number of new strategic defaulters than the number it would legitimately save from Foreclosure.”

Foreclosure balances the equation. There must be some consequences to borrowers for their behavior, not because it is immoral, but because what you don't punish, you encourage. We can't afford to privatize gains and collectivize losses or we will go broke as a country. We are not a banana republic, but principal reduction without consequence is certainly a path that leads us there.

Nothing has changed. The results of widespread principal forgiveness is easily predictable. The only question is whether or not politicians in their desire to pander for votes will do the wrong thing. Let's hope not.

Chick Fil A Inc. is hoping to cut its losses. With nearly a year on the market, they apparently are not very motivated to sell the property. Prices are coming back, right?