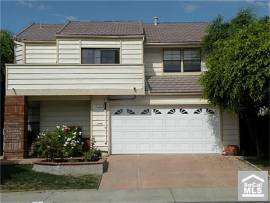 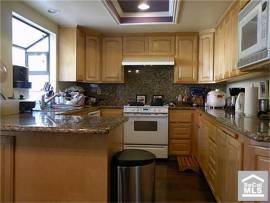 There's no need to say shit you already know

The question is just how far will this go

How far will he take it?

And when will he stop?

Shady man I done told you once homie to easy up

But you just won't listen will ya, nah I guess not

You just can't can ya, man I can't stand ya

You're rotten, what you plottin' for us?

Man when are you gonna let up

The mainstream media hasn't put much effort into covering one of the biggest problems in banking today: the huge hidden losses in second mortgages festering on lender's balance sheets. I reported back in April of 2010 that banks refuse to recognize second mortgage losses. At the time, lenders were still under the delusion that prices were going to rebound and these second mortgages would again be secured by the value of the underlying property. That was never going to happen.

The sad truth is borrowers could never afford these loan payments without appreciation and continued Ponzi borrowing. The underlying value was never there, only the illusion of value created by the housing bubble. The reality is, most of these mortgages are worthless. With the first mortgages of many underwater, the second mortgages have no value whatsoever. However, that isn't what banks are showing on their balance sheets. They are still pretending these loans are going to be repaid.

Oct. 7 (Bloomberg) — Losses on home-equity and other second mortgages may cost the four biggest U.S. banks $22.6 billion more than budgeted, with Wells Fargo & Co. most at risk, according to Glenn Schorr, an analyst with Nomura Holdings Inc.

In case you forgot how we got here:

Irresponsible lending caused this problem. Lenders deserve the losses they will endure.

The tally for Wells Fargo, the largest U.S. home lender, may reach $8.79 billion after accounting for taxes and existing provisions, followed by Bank of America Corp. at $6.2 billion, JPMorgan Chase & Co. at $5.51 billion and Citigroup Inc. at $2.12 billion, Schorr told clients in a report today. Before taxes and reserves, losses could total $73 billion, he wrote.

While the losses may be large, “we don’t see this as a ticking time bomb” for banks because of reserves and the damage will be spread over a long period, Schorr wrote. “They will be given time to address any shortfalls.”

Yes, they have been given time due to mark-to-fantasy accounting. Lenders have not been forced to recognize the obvious: these loans are going to be losers.

Regulators are examining whether banks accurately valued home-equity and other second-lien mortgages and if they’ve put enough aside to cover losses, seven people with knowledge of the matter have said. Investors are skeptical about the true worth of assets held by U.S. lenders, pushing the KBW Bank Index down about 32 percent this year to 65 percent of stated book value for the 24 companies represented.

Apparently investors do not accept the bogus accounting being reported.

The loss estimates depend on how much equity is left in the house. For Citigroup, 44 percent of its second mortgages show the homeowner’s overall debt including first mortgages is greater than the price of the home, “which would suggest little to no recovery of value if a default occurs,” according to Nomura.

Pay careful attention to that statistic. Forty-four percent of the first mortgages are underwater. When the first mortgage is underwater, the second mortgage has no value. The lender may be lucky to salvage 5 cents on a dollar from a zombie debt collector. If nearly half of the loans have no value, the other half likely have very little.

Without a dramatic increase in home prices, strategic default will eventually expose these loans as worthless. And since home prices will not be going up any time soon, its only a matter of time before banks must recognize these losses.

Debt exceeds the home’s value in 40 percent of Wells Fargo’s second mortgages, 36 percent at Bank of America and 27 percent for JPMorgan, Nomura said.

Holders of second liens can see their investment wiped out when a homeowner defaults because a lender with a primary mortgage gets first claim on the house in a foreclosure sale. If the value drops too far, nothing is left to pay the second lien.

Schorr said losses may not be as severe as they appear at first glance because some home-equity lines of credit are first mortgages.

Very few HELOCs with any balances are first mortgages. While it's true many who own properties free-and-clear open HELOCs as first mortgages, most of these people don't use them.

Bankers have said borrowers tend to keep making payments as long as they’re able, even if the home’s value is “underwater,” because they want to keep access to their line of credit.

To contact the reporter on this story: James Sterngold in New York at jsterngold2@bloomberg.net.

To contact the editor responsible for this story: Rick Green in New York at rgreen18@bloomberg.net

The losses on second mortgage and HELOCs are staggering. Only the mark-to-fantasy accounting and rosy assumptions are preventing lenders from recognizing this truth. Eventually, most of these debts will need to be written down, but first, banks are being given a chance to earn their way out of a hole. Some will make it, but some will not.

It's very possible (if not likely) that the statement above made by the listing agent is complete bullshit. However, assuming it is not, this is the time of year when the most motivated sellers are the ones with their properties still on the market. October through March is the best time of year for buyers to be active.

Often the sellers who held to their WTF asking prices during the prime selling season get desperate — or realistic depending on your point of view — and become anxious to sell. Sometimes sellers this time of year panic and capitulate. When they do, they may sell a property for far less than asking price — sometimes even less than offers they had during the summer.

There is no telling whether or not these sellers are desperate and willing to accept a low-ball offer, but if any motivated sellers are out there, now is the time of year to find them. Based on the mortgage history and the fact he is in default suggests this seller wants out badly.

These owners needs to net about $675,000 after commissions and closing costs to pay off their mortgage. Basically, anything they gets over $715,000 is remaining equity at closing. They're hoping for $85,000, but since they're in default on their mortgage, they needs to sell now rather than wait until spring because they may be foreclosed on during the winter.

Are these owners motivated enough to make a deal? They look like a good candidate.

A GORGEOUS HOME IN AN IDEAL LOCATION!!! Downstair bedroom & bath room. It even has an office/library downstairs. 4 Bedroom+Bonus Room or 5th Bedroom with full 3 Baths. Highly UPGRADED with SHOWS GREAT with remodeled kitchen featuring granite counters, maple cabinets, crown & base moulding , recessed lightings, , CUSTOM PAINT, UPGRADED hardwood floor. SPACIOUS LR offers high ceilings with hardwood floor, skylight, fireplace. Newer A/C unit & salt purified water system for your faimily. A VERY unique home in a great association and only steps to the association pool and 2 night lighted tennis courts. Northwood High School District too!!! NICE CURB APPLEAL, BE THE ONE TO DO YOUR OWN UPGRADES IN THIS VERY DESIERABLE AND OPEN FLOORPLAN. LOW ASSOCIATION AND NO MELLOOROOS. WHAT A DEAL !! HURRY MOTIVATED TO SELL , EQUITY SELLER NEEDS AN OFFER NOW!! CAN CLOSE FAST 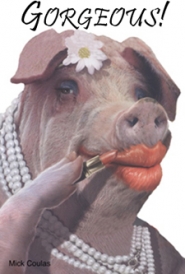 18 thoughts on “Second mortgages and HELOCs: the black hole on bank's balance sheets”