The California Attorney General has pulled out of foreclosure settlement talks from a desire to pander to loan owners. 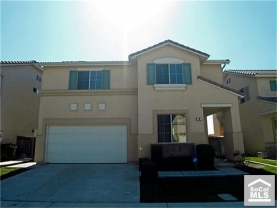 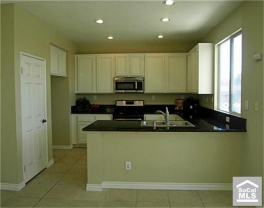 Someone get me outta this place

Get me outta here

I have mixed emotions about the settlement talks with banks. First, I think the entire issue of foreclosure improprieties is political theater and an effort to extort money from the banks for doing what was completely within their rights. On the other hand, I want to see the banks endure more pain for the problems they created. They should have been nationalized back in 2008. It's a bit like football when the refs blow a call then make up for it with a bogus call against the other team. Two wrongs don't make a right.

Since this issue is political, the attorneys general who are involved are responding to different political constituencies in their home states. Periodically, one or another will pull out of the talks to appease their political base. It's just like the drama we just witnessed with the debt ceiling. The latest political grandstander is our own Attorney General, Kamala D. Harris.

California Pulls Out of Foreclosure Talks

At the Attorney General for the State of California, isn't her duty to protect California residents and taxpayers? Protecting loan owners should not be her highest priority.

The decision by Ms. Harris delivers a serious blow to efforts by the Obama administration and 50 state attorneys general to forge a $25 billion settlement with the nation's largest banks over “robo-signing” and other questionable foreclosure practices.

Her actions follow the withdrawal of New York from the talks. Without the participation of California and New York in the negotiations, banks will be far less likely to agree to the multibillion dollar settlement that federal and state officials have spent months pursuing.

Without California and New York, there is no agreement. California has the largest mortgage market and the greatest number of underwater borrowers. New York has a large market filled with squatters in shadow inventory. The bulk of the problems with mortgages are in these two states and perhaps Florida.

The move by Ms. Harris, who took office in January, comes after 11 months of often-frustrating negotiations between big banks such as Bank of America Corp., J.P. Morgan Chase & Co. and Citigroup Inc. Representatives for the three banks declined to comment.

A spokeswoman for Ally Financial Inc., the fifth-largest mortgage servicer and parent of GMAC Mortgage, called the decision “disappointing for borrowers in California” who are in financial distress.

LOL! Ally Financial is concerned about borrowers? Give me a break. California pulling out of the deal is disappointing to lenders and mortgage insurers who are looking to limit their liability.

One key point of contention has been the extent to which banks should be released from additional legal claims involving the mortgage crisis in exchange for signing onto the foreclosure settlement.

In recent months, other states, including Delaware, Massachusetts, Nevada, Minnesota and Kentucky, have also expressed concerns over the scope of any settlement. Some states and critics of the banks argue that officials haven't done a thorough investigation of other potential improprieties.

In a letter sent Friday to Associate U.S. Attorney General Thomas Perrelli and Iowa Attorney General Tom Miller, who have been leading the negotiations, Ms. Harris said her decision to break off from the group was driven in part by those two key concerns. “It became clear to me that California was being asked for a broader release of claims than we can accept and to excuse conduct that has not been adequately investigated,” she said.

This is really about the release of liability. If the conduct of banks in California has not been investigated by now, that is the Attorney General's fault.

She added that “the relief contemplated would allow too few California homeowners to stay in their homes.” Ms. Harris also cited a recent “troubling surge in foreclosures,” which had plummeted in the wake of the robo-signing scandal.

Further, there is nothing troubling about the recent surge in foreclosures. Foreclosures are essential to the economic recovery. Our attorney general is a pandering politician meddling in a financial market in a way that will encourage moral hazard and slow the economic recovery. This woman is either well meaning and clueless, or shrewdly self serving.

In a statement, Mr. Miller called California “an important part of our team” but said that the states “fully expect to reach a settlement with the banks.”

A Justice Department spokeswoman said that discussions would continue “to ensure that the banks are held fully accountable for their actions.”

The split highlights a broader disagreement between some government officials involved in the negotiations. The Obama administration has argued that a settlement could help provide immediate benefits to borrowers, while creating certainty for the housing market. “We are 100% focused on providing relief to homeowners while it can still make a difference and save homes from foreclosure,” said Mr. Miller. “Providing relief after the foreclosure crisis is over would be a hollow victory indeed.”

Nice to know they are 100% focused on the wrong things, and they're hell bent on making this problem worse.

Friday's decision by California wasn't completely unexpected. As the talks have dragged on, political pressures have mounted, with both sides expressing unhappiness with any deal. Conservatives denounced the settlement as a “shakedown” of banks, while labor unions and liberal political groups warned of a bank giveaway.

Yes, it is both of those things. The banks should be shaken down to feel the full consequences for the mess they created. And any deal which limits liability is a giveaway to the banks.

Ms. Harris and other Democratic state attorneys general have faced intense lobbying from different factions, including critics who want the states to hold out for a bigger deal and the Obama administration, which has shepherded the deal. A spokesman for Ms. Harris said the attorney general made her decision based on “the evidence and the merits of the deal, not other considerations.”

The loss of California dims the Obama administration's push to force banks to write down loan balances as part of any settlement.

If principal write downs are part of a settlement endorsed by the Obama administration, it would clearly demonstrate that Obama is either clueless or listening to the wrong advisors.

Even if the remaining states and federal agencies reach a deal, it is likely to cover far fewer borrowers as the price tag drops. The settlement talks were prompted by so-called robo-signing, where bank employees signed off on hundreds of loans a day and falsely claimed they had personally reviewed documents to give the bank the right to foreclose.

The mess deepened as judges raised questions about how banks documented their ownership of loans and whether financial firms fabricated other paperwork. Regulators have found what they said are widespread weaknesses in mortgage-servicing operations.

Over the past year, banks have sharply slowed down foreclosures. Foreclosure delays have been most pronounced in “judicial” states where banks must foreclose on borrowers by going before a court. California allows foreclosures through a non-judicial process.

Robo-signer was a political issued used by the Left to pander to loan owners. If there had been any legitimate problems where people current on their mortgages were being foreclosed on, then we could all rightfully agree there was a problem with the system. But since only people who were not paying their mortgages were facing foreclosure — and this group should face foreclosure — then the entire robo-signer issue is exposed for the political theater it was.

But the crisis has exposed numerous cases where banks couldn't prove they had the right to take back homes or where borrowers believed they were receiving loan modifications, only to lose their home.

Anyone who was not paying their mortgage and the bank foreclosed has no right to complain. Lenders have the right to call to auction any property where the borrower is not making their payments. Banks must adhere to the law regarding timelines and notices, but it is always at their discretion to foreclose if they want to. The real travesty isn't the prompt processing of foreclosures, it is the delayed processing and squatting in shadow inventory.

The unraveling of any settlement also raises the prospect that banks will face separate legal action from a handful of state attorneys general.

Ms. Harris traveled to Washington last week for a meeting with banks and state negotiators in an effort to resolve her concerns. She said that her office will continue to investigate questionable mortgage practices and will push for additional legislative and regulatory reforms. This year, she announced the creation of a “mortgage fraud strike force” to study all stages of mortgage lending, from origination to the servicing of troubled loans to the packaging of loans into securities.

Write to Ruth Simon at ruth.simon@wsj.com and Nick Timiraos at nick.timiraos@wsj.com

Mortgage fraud strike force? More symbolic politics. Perhaps she should appoint a foreclosure czar too. I am surprised Obama hasn't done that yet. Whenever politicians want to look like they are doing something about a problem they cannot property address, they appoint a czar.

A flipper cleaning up after a HELOC abuser

The previous owners of this property were irresponsible with their mortgage borrowing. They imploded when the mortgage equity withdrawal income supplementation was shut off. A flipper bought the property at auction with hopes of profiting from the foollishness of the lenders and the borrowers.

The flipper who bought the property is an investment LLC with a $5,000,000 HELOC attached to the property. They probably have a blanket line of credit on multiple properties to use for renovations.

Will they get their asking price and make a tidy profit?

Remember Micheal T Pines, the attorney who lost his license for encouraging people to break into their foreclosed homes and steal them back? A student working on his PhD in Psychology emailed me and asked if readers would be willing to answer some questions about the story. The link to the questionnaire is here if you are willing to participate.