Loan owners who shed their debts are being targeted by marketers who recognize this group now has greater disposable income, and they remain committed to repaying consumer debt. 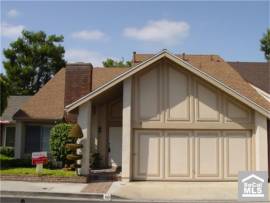 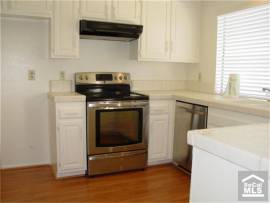 My sister got lucky, married a yuppie

Took him for all he was worth

I can't decide which is worse

But not me baby, I've got you to save me

Oh yer so bad, best thing I ever had

In a world gone mad, yer so bad

Tom Petty and the Heartbreakers — Yer So Bad

Lenders want to portray strategic defaulters as unreliable deadbeats and frighten by claiming they will never get another loan. The truth is that strategic defaulters are tomorrow's new business. In the short term, these former borrowers will have more disposable income as their debt service payments are eliminated. In the long term, this group will be targets for lenders looking to grow their businesses again. The cycle will repeat.

I have long maintained the economy will not recover until the excess debt of the housing bubble is purged. I noted in Foreclosures are essential to the economic recovery:

As long as the debt on real estate is excessive and capital is tied up in non-performing assets, the economy will suffer. It's really that simple. The solution is equally simple: foreclose on delinquent borrowers wiping out the debt and extract the remaining capital value. With the excess debt removed, borrowers can use their wage income to buy goods and services rather than giving it to the bank. When the mis-allocated capital is returned to the market, new investment will be spurred in areas where capital is most needed. Right now, we don't need more real estate.

Lower debt service obligations create more disposable income. During the housing bubble, debt expansion created disposable income, but with that stimulus gone for the foreseeable future, people are going to have to buy goods and services with their wage income — the way it's supposed to be.

High-Income Earners Move From Owning to Renting. This Can't Be Good

[Why? Why is owning superior to renting? The HELOC booty?]

When Tracy Bremmer, director of decision sciences at Experian, talks about mortgage defaults, she has more than reams of data behind her. She has personal experience. She tell a story, embellished slightly but still representative, of a “neighbor” who bought their house near the height of the boom only to see it lose 40% of its value, plunging their mortgage so far underwater it would take years to surface. Then they noticed the house across the street from them for sale for roughly half of what they paid for theirs. So they bought it, and just stopped paying their original mortgage.

Yes, that story is fictitious. Buy-and-bail was common during the 90s, but lenders cracked down on the practice early in this bust by requiring the borrower to qualify to make payments on both properties. There has been very little buy-and-bail this time around.

This family is semi-fictitious but is not alone. Ethics, morality and possible straight-up savvy aside, we started thinking about these “strategic defaulters” as a newly trending consumer segment, as they tend to become a strange new class of renters:

Data being released later today from Experian will show that in the first half of 2010, an estimated 275,000 people just walked away from mortgages they could afford to keep paying because they had become such awful investments. That adds up to roughly 17% of defaulters. While that figure is down 35% from the first half of 2009, as evidence of a double-dip housing crash mounts, “we expect the incidence of strategic defaulting to go up,” said Ms. Bremmer.

The double-dip will almost certainly bring about more strategic default. Many people who will strategically default over the next few years delayed their defaults in 2009 and 2010 due to the bear rally. This group believed house prices were coming back, and their denial gave them false hope of future equity. As they realize their shortest path to home equity is through strategic default, many will opt to quit paying their mortgages.

Estimates of the number of mortgages under water in the U.S. hover just over 1 in 4 but that could jump to half in the coming years. Recent data from Corelogic suggests that almost 10% of mortgages originated just last year are already in the negative equity range. The Federal Reserve shows average homeowner equity at just 38% down from 61% a decade ago. We could go on, but you get the idea. A lot of home owners are hosed.

But back to those strategic defaulters. These are no deadbeats in a traditional sense. The Experian data show that they are more likely to have had a jumbo-sized mortgage, have had excellent credit scores, have had more than one house or investment property, and have a higher than average household income. They also stay current on all their other bills. If you look at the incidence in these charts, the proportion of strategic defaulters keeps going up.

Not just are these renting-former-owners a good target market for traditional marketers looking to sell product, lenders will also come to see them as a good target for new credit. Creditors want borrowers who pay their bills. By and large, this group will. They defaulted on their mortgages because lenders gave them bad mortgages and in the process inflated the bubble which burst and put these strategic defaulters so far underwater that default was their best option. For as much as lenders would like to punish this group, they won't. They are a source of profitable new business.

They should be owning and spending like home owners. But they're not, and for up to the next seven years they might have a hard time finding a mortgage while their credit recovers. “As many strategic defaulters as there are,” said Ms. Bremmer, “there are many more people who are short-selling. Those people are renting, too.”

The short-sellers are not necessarily in as strong a financial position as the strategic defaulters, but they're still joining this new own-to-rent class.

During the foreclosure process, which can take 6 to 18 months, they will live in their house essentially for free. So they'll save for a new down payment, eventually get kicked out and rent, and fundamentally behave differently than their demographic rightly should. The list of product categories impacted by this is lengthy.

Realistically, very few will save the money for a new down payment. Most will blow it and become accustomed to an unsustainable lifestyle without a housing payment. Those that do manage to save the money will be the rare success stories. And they will also become targets for lenders trying to recoup the lost mortgage debt.

How big of a deal is this for marketers?

Each year roughly 5% of homeowners move. That number has been down the past few years and is now closer to 4%. As the housing crisis drags on, more people are going to want to move for traditional “non-market” reasons such as new jobs, better schools, kids, divorce etc. They might have been stuck in their under-water house but eventually that pressure will build, and if they aren't able to sell or even short-sell, this will seem like a more and more attractive (or perhaps only) alternative.

Many people will strategically default because they feel they must move regardless of the mortgage debt on their home. At first they will try to reason with the bank and attempt a short sale, but when those fail, they will walk.

Experian's report is aimed at helping banks identify the strategic defaulters so they can head some of this off and either press them harder to make the payments they can afford or at least start the foreclosure process more quickly on those who have no interest in ever making another payment.

In the meantime, we think it's a fascinating new segment and we're going to keep an eye on this and the marketing implications of a potential shift in our fundamental notion of what it means to be a homeowner.

Our fundamental notions of what it means to be a homeowner changed once people began to regard their homes and investments and piggy banks. Rather than being a stable foundation for family security, a house became a commodity to be bought and sold, and an ATM machine to be tapped when money is needed. This perversion of home ownership will take years to correct. The only antidote to this kool aid is a long and painful decline in house prices where the perceived investment value falls to near zero.

By Irvine standards, I consider this house a relative bargain. The cost of ownership at $2,517 for an FHA buyer is near rental parity. For a conventional buyer, this property is well below rental parity.

Communities like El Camino Real with no Mello Roos and low or no HOAs are the best values in Irvine. This property has a relatively high HOA for El Camino Real as it is located in the condo development between the shopping center on Culver and the high school. Foreclosures in this development are common, and low prices abound.

With 4.31% interest rates, the low cost of ownership near rental parity will find buyer interest. Prices here may still go lower, but buyers looking to save money versus renting will help put in the bottom.