Twenty-four year member of the Orange County Association of realtors, David R. Sparks, has admitted to lying to clients to cover up his fraud and theft in a $4,300,000 Ponzi scheme. 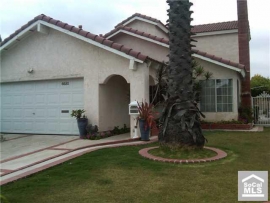 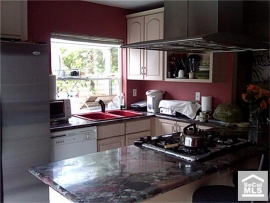 I will burn their souls

In the flames of hell

To slaughter the bastards

That will condemn them forever

I will go around the world

In every profession or organization there are a few bad apples. The behavior of a few does not necessarily reflect the values and actions of the many. Today we have the story of one really bad apple in an organization already rotting from within.

As I have stated on many occasions, chasing appreciation is a fool's errand. Unlike realtors who will tell anyone who will listen that prices only go up, I have been telling people to pay attention to the cashflow. That's where the real value is.

Chasing appreciation is part of today's story. The twenty-four year member of the Orange County Association of realtors made a massive bet on appreciation in rural Utah at the peak of the housing bubble in 2005. Given that he is a realtor, his poor judgment on the housing market is understandable, but the deception and fraud that followed is truly remarkable.

Do you think OCAr will bring him up on ethics charges? He is still a member, apparently in good standing. Also, His MLS access is still working.

Ordinarily, I don't write about individuals, but like Michael Pines, he has achieved infamy without my help, and there is no way to tell the story without mentioning who he is.

The 50-year-old Irvine family man cooperated with the FBI, confessed his crimes and agreed to plea guilty to felony interstate wire fraud, according to documents filed this week in Federal court in Santa Ana by the local U.S. Attorney’s Office.

At least one realtor is taking responsibility for his false representations about real estate appreciation.

Details from his signed plea agreement, two uncontested civil lawsuits and victim statements to The Register paint a picture of Sparks as a charming man and talented liar who claimed to be buying, rehabbing and selling foreclosed or pre-foreclosure homes that he never actually purchased.

Mr. Martinez, the reporter for the OC Register, should be careful when calling a realtor a liar.

If they did not want to reinvest their money with him, Sparks made up excuses for why he could not give it back.

As an upstanding member of the Orange County Association of realtors since 1987, Mr. Sparks embodies the character and ethics many have come to expect from realtors. The following is from his Active Rain profile:

I have been a full-time, professional REALTOR® since 1987 specializing in the sales and marketing of homes in Orange County, Long Beach and Coastal San Diego County. As a licensed broker, I am the owner of Sparks Realty, Inc.

Honest and full of integrity, I work to achieve a win/win situation in my transactions. While always keeping my clients' best interests in the forefront, I know that a truly successful transaction is one in which everyone feels as though they were treated fairly. As an excellent and open communicator, I owe much of my success to the fact that my clients always know exactly what is happening with their sale or purchase. By keeping everyone fully informed at every step, I makes the real estate process easy and stress-free. My constant accessibility as well as my knowledge of the industry and its affiliated services makes me the perfect choice for the real estate consumer interested in total service.

If you are seeking an honest real estate professional who is committed to your satisfaction and peace of mind, call Dave Sparks today.

The bold text is not added by me for emphasis. That was from Mr. Sparks. His honesty and integrity are beyond reproach since he is a realtor.

“We look forward to serving screwing you, your friends and your family for many years to come.”

Back to the OC Register article:

“I am glad he admitted to it but I am sorry I was a part of this,” said victim Aggie Kobrin of Irvine. “I am still very angry and very disappointed and that will stay with me a long time.”

The defendant started speculative real estate investing in the late 1980s, according to the plea agreement. In 2005, he believed that real property in Utah’s Cedar City was likely to see a dramatic increase in value, so he used his own funds and investor cash to buy 35 properties for approximately $7 million in Utah and California, the document says.

i give the guy credit for the courage to act on his analysis. Of course, he was as wrong as wrong gets, and he lost everything, and took his investor's money down the drain with him.

By 2007, the rents Sparks was collecting from the properties were no longer sufficient to cover the debt service.

Let's be real; the rents never covered the debt service. Cashflow positive properties were practically non-existent in 2005. By 2007, he ran out of whatever cash he had, and rather than admit defeat, he opted to commit fraud.

There must have been a moment only Mr. Sparks will understand when he realized he made a huge mistake. At that point, probably when the cash ran out and the market was plummeting, he had to make a choice. He could either admit his failure, tell his investors he lost their money, and give them back whatever he still had, or he could start a Ponzi scheme, delay the Day of Reckoning, and pray for a miracle. He chose the latter.

This was a choice. The twenty-four year member of Orange County Association of realtors had other options, and he chose to lie, cheat, and steal.

Sparks began soliciting cash from investors to cover the debts – deliberately lying to them by telling them the funds would be used to buy new properties. To back up his lies to investors, Sparks created false paperwork.

Sparks took in about $4.8 million under the false pretenses. He spent about $500,000 on “lulling payments” to the investors and about $4.3 million on his debt, the plea agreement states.

Lulling payments are money given to investors to placate their worries and buy time.

One thing that isn't clear to me is where the $4.3 million went. The debt service on $7 million in real estate over a few years wouldn't be more than $1.5 million at hard-money rates. Where is the rest of the money?

Sparks has agreed to pay the $4.3 million as restitution. That figure does not include any taxes the victims paid on the false profits, the costs incurred in the ordeal or interest payments and late fees promised in the investment agreements. Victims will have to seek reimbursement for that money via civil lawsuits.

Some assets are to be transferred to the United States government to liquidate. If his current assets and cash can’t cover the restitution, he will presumably have to pay the rest of it back from his earnings once he gets out of prison, if he goes to prison.

Since he is a member of the Orange County Association of realtors, he shouldn't have any problem finding clients willing to work with him when he gets out.

There is no minimum sentence for the Sparks’ crime and the maximum prison time he could get is 20 years. The U.S. Attorney’s Office in the plea deal agreed to recommend the lower end of that range, but that is ultimately up to the judge.

The guilty plea will also help his victims win their civil lawsuits against this member of the Orange County Association of realtors since 1987.

Two lawsuits were already filed in January – one by a 22-year friend of Sparks from Santa Ana and one by a married couple from Wisconsin. Sparks never responded to the courts, which handed the plaintiffs default judgments.

The FBI’s investigation did not find any evidence that Sparks is in possession of a large sum of money. But some victims say they still believe Sparks has money stashed away somewhere because he was “cheap” and didn’t like to spend money.

The fact that so much money is unaccounted for does raise suspicion.

Irvine City Councilman Steven Choi appointed Sparks to Irvine’s Planning Commission in December 2008. Sparks’ resignation letter to the city said the decision came “after careful consideration” and “discussions” with Choi but it did not give a reason for resigning.

Choi said Sparks told him he could not serve any longer because of personal business matters.

While running a Ponzi scheme, he served on the Irvine planning commission. Nice.

“This is a shock, because he appeared to me to be an honest man, and sincere,” Choi said. “I never expected he was involved in anything like this. It is very unfortunate.”

Choi said he first met Sparks when Sparks’ children – who are now adults – were coming to the Choi family’s tutoring center and the two became friends. He appointed the real estate broker to the Irvine Planning Commission because Sparks communicated that he had experience in real estate development out of state and because he had political experience as president of Irvine Republican Council.

“I haven’t analyzed his voting record, but as far as I know he did a good job as a commissioner and did not do anything wrong involving the city,” Choi said.

Fortunately, planning commission decisions do not manage budgets or expenditures.

Gary Schultz of Huntington Beach and his father gave Sparks a combined $52,500 toward the purchase of three homes in the San Francisco area. Schultz knew Sparks from attending Westminster High School together.

He’s “a face-to-face guy” who is so cheery and nice that “you let your guard down around him,” Schultz said. He comes across like “Mr. Rogers,” but he is the “worst of the worst,” Schultz said.

Robert Edwin Anslow of Santa Ana, who was friends with Sparks for 22 years, provided $200,000 in 2007 for him to use toward the purchase, rehab and sale of a home in Simi Valley. Sparks reported that he purchased the property for $700,000 in 2007 and sold it for $910,000 in 2008. After allocating $64,000 in profit to Anslow, he talked him into reinvesting all of the money as an unsecured loan to Sparks for future investing. The problem: Sparks never bought or sold the Simi Valley home.

Later, when Anslow sought his money in accordance with the written agreement, he encountered resistance. After pressuring Sparks, he finally got back $100,000. Sparks defaulted on the other $100,000, as well as the interest and profit.

“He has put me in an extremely precarious financial situation,” Anslow said.

Sparks is president of several business entities, including Irvine-based Sparks Realty & Investment Inc. and the Nevada-based Wellington Grant Ltd. that he used in the fraud.

Sparks is also a twenty-four year member of the Orange County Association of realtors. Be careful who you trust these days.

Here they are selling twenty-three years after buying the property — only one year less than Ponzi scheme operator David R. Sparks was a member of the Orange County Association of realtors — and they are going to be a short sale.

This has been a bad week for the Orange County Association of realtors.