In a rare wise move in Sacramento, the California state Senate killed a bill that would have dramatically changed the foreclosure process. 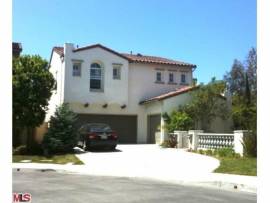 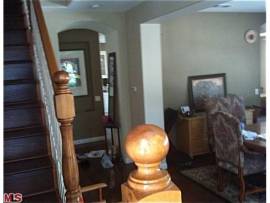 What Does It Matter To Ya

When You Got A Job To Do

You Gotta Do It Well

You Gotta Give The Other Fellow Hell

Each month when lenders get their dreadful delinquency reports, they make decisions on who is pushed through to auction and who is allowed to squat. The let some mortgage live and the let others die.

What is dual track foreclosure?

Foreclosure is a threat to compel action. The lender wants the borrower to repay under the terms of the loan. Lenders don't want to get their money back and find another borrower, they would rather the borrower keep making their payments.

Dual track foreclosure processing is necessary to prevent unwarranted delays by borrowers who seek loan modifications for which they don't qualify. If we eliminate the practice and force all lenders to “fully evaluate” borrowers for loan modifications, they merely add time to the process and allow delinquent mortgage squatters to further game the system.

A proposed law facing a key vote in Sacramento on Wednesday would require lenders in California to make a decision on mortgage modifications for delinquent homeowners before beginning the repossession process, in effect ending “dual track” foreclosures in the state.

Financial institutions commonly pursue foreclosure even if a borrower has requested a loan modification, a two-track process the lending industry has argued is necessary to protect its investments. But dual tracking is under fire from regulators and lawmakers in the wake of last year's “robo-signing” scandal, which revealed widespread foreclosure errors.

Robo-signer did not reveal widespread foreclosure errors. That false perceptions probably exists in the minds of the public because the political Left heated up the rhetoric, but the Robo-signer investigations and subsequent lawsuits have not demonstrated a pattern of wrongful foreclosure. People who make their payments do not get foreclosed on.

People with no equity facing foreclosure do not own anything. Their names may be on title, but the only thing they own is their loan.

authored by state Senate President Pro Tem Darrell Steinberg (D-Sacramento) and Sen. Mark Leno (D-San Francisco), is one of the furthest-reaching efforts to limit the practice. Several other states have passed requirements for third-party groups to oversee mediations between mortgage servicers and homeowners.

The California bill, SB 729, would require a lender to fully evaluate a borrower for a loan modification before filing a notice of default, the first stage in the formal repossession process, and a significant change in the way foreclosures are conducted in the Golden State.

What does it mean to “fully evaluate?” And when did it become an entitlement for borrowers to get a loan modification? Aren't these private contracts? The attorneys will generate a lot of fees fighting over the definition of “fully.” No matter what banks do, lawsuits will be filed stating they haven't done enough.

The law would give delinquent homeowners the right to sue their lenders to stop foreclosures if they believe the requirement to properly evaluate their loan modification requests had not been followed. If the sale occurs without the proper evaluation, homeowners would also be given the right to sue for damages or to void a foreclosure sale for up to a year after the sale.

Auction prices would crumble if that provision were passed. With the one-year clawback, no title insurer would touch a property for a full year after an auction. Cash buyers would be required to hold for a full year unless they wanted to sell to another cash buyer. Bank REO would be similarly encumbered.

Such a change is necessary in the state because the two-track process often leads to unintended foreclosures by mortgage servicers that “don't know what they are doing” and often bungle the loan modification process, Leno said in an interview.

“We know of folks not only entering the loan modification process, but folks who have already been accepted, and are making timely loan modification payments, and then getting a knock on their door and being told 'your home will be sold,'” Leno said. “The stories are many and horrifying.”

It may be the perception of many who get foreclosed upon that the bank didn't give them the loan modification they deserved. However, the foreclosure may also be the bank's way of saying no, particularly if the borrower is hiding assets or otherwise gaming the system.

Groups representing lenders said the legislation overreaches and would only inhibit the state housing market's recovery by slowing down an already drawn out foreclosure timeline.

Yes, it would slow down the foreclosure process and deepen the ongoing crash in house prices. BTW, the housing market recovery meme needs to die now that we took out the 2009 lows.

California's comparatively streamlined foreclosure system, which allows for a home to be taken back without a court order, has helped the state work through a foreclosure glut relatively quickly and recover faster than other hard-hit states.

Nothing has recovered in California. The crash is ongoing.

“It is just not good for the housing market, which is not good for the state economy, especially when we are at 12% unemployment,” said Dustin Hobbs, a spokesman for the California Mortgage Bankers Assn. “It is a reaction, an overreaction, to procedural mistakes,” he continued, “and this doesn't really get at solving any of those problems.”

My disdain for lenders is widely known, but sometimes they are right. This is a dumb idea at the wrong time that solves none of the problems with the housing market.

The bill also would make it more difficult for investors to purchase, renovate and resell bank-owned properties to first-time buyers because it gives foreclosed-on homeowners a year to sue after a foreclosure sale, critics said. Home buying by investors has been a significant driver of California home sales since the housing market hit bottom two years ago.

Yes, this would seriously impact the auction market and the resale market within a year thereof.

“It's unlikely that any prospective home buyer would want to buy these properties with that lingering uncertainty hanging over their heads,” said Beth Mills, a spokeswoman for the California Bankers Assn. The bill also would require mortgage servicers to:

• Prove they have a right to foreclose;

• Provide an explanation letter detailing why a mortgage modification was not granted if a borrower is denied;

• Make a declaration of compliance with the law each time a notice of default is filed.

The bill also would allow a state banking regulator or the state attorney general to take action against lenders if the law isn't followed. …

So how much cost would those provisions add to the process? Who is paying that bill? Lenders? Taxpayers?

A proposed law that would have ended “dual track” foreclosures in California failed to win a key vote in Sacramento on Wednesday.

The California bill, SB 729, would have required a lender to fully evaluate a borrower for a loan modification before filing a notice of default, the first stage in the formal repossession process.

Sen. Alex Padilla (D-Pacoima) abstained from voting following a hearing in the state Senate's Banking and Financial Institutions Committee and the bill failed 3-3.

The California Homeowner Protection Act, authored by state Senate President Pro Tem Darrell Steinberg (D-Sacramento) and Sen. Mark Leno (D-San Francisco), was one of the furthest-reaching attempts to limit dual tracking, a common practice among financial institutions in which they pursue foreclosure even if a borrower has requested a loan modification.

The two-track process is one the lending industry has argued is necessary to protect its investments. But the practice is under fire from regulators and lawmakers in the wake of last year's “robo-signing” scandal, which revealed widespread foreclosure errors.

The most cowardly way politicians kill a bill is to let it die in a committee without a nay vote. It's sad what they have to go through in order to do the right thing. I suppose its the price they pay for pandering the rest of the time.

Ordinarily, I wouldn't rejoice when the banks win one, but this was a bad bill that deserved to go down to defeat.

First and ONLY Showing Wednesday at 6pm May 4th! CORPORATE OWNED REO; NOT A SHORT SALE

Today's featured property is a previously rare 2003 rollback at Irvine's high end. With weak sales and prices reaching 2003 levels across much of Irvine, properties like this will be more common.

I think the description is likely bullshit. From what my records show, this is likely to be a short sale unless a bidding war happens this afternoon at 6PM and the offered price makes this borrower whole. In this market, I don't see that happening.

First and ONLY Showing Wednesday at 6pm May 4th! CORPORATE OWNED REO; NOT A SHORT SALE; PRICED FOR QUICK SALE; RARE AND PRIVATE DOUBLE SIZE LOT(12,000 SQ FT). BEAUTIFUL HOME IN NORTH PARK SQUARE WITH A LARGE FLOWING FLOOR PLAN WITH A GOURMET KITCHEN WITH GRANITE COUNTERS THAT OPENS TO LARGE FAMILY ROOM WITH COZY FIREPLACE.

ONE BEDROOM DOWN AND THREE UP INCLUDING A GRAND MASTER SUITE WITH A SPA LIKE BATH + BONUS ROOM + COMPUTER CENTER. .. 3 CAR GARAGE. .. LIMITED SHOWINGS WITH 24 HOUR(OR MORE) NOTICE BUT WELL WORTH IT. .. DO NOT DISTURB OCCUPANTS