The decline in house prices is pickup up speed. The market will find a bottom when sellers holding out for higher prices capitulate and sell in despair. 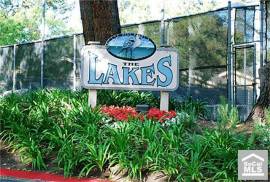 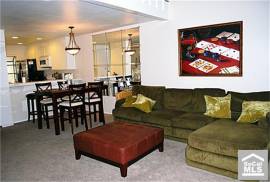 Break me off, tie me down, tear me down

Far from getting better, the housing market in the United States is accelerating its swirling decent into the crapper.

House prices are falling again—and the decline is accelerating.

This is the seventh successive month of widespread price declines.

Last week we took a look at how the NAr spins data with bullshit. How do you think they would spin that uncomfortable series of data points?

The housing recovery began to stall last spring, after the government’s home-buyer tax credit expired. The three-month moving average of the Case-Shiller 20-city index showed that gains in home pricing slowing to a crawl in early summer and actually reversing in July and August. By September, it was clear that home prices were going into a serious decline.

The November numbers (which are actually the three-month average of September, October and November) showed a 1 percent decline over the previous month. Prices kept dropping by 1 percent in December and January.

February’s data shows that the decline is actually accelerating a bit.

This is the opposite of a recovery—it’s a crash building steam.

We’ve become almost passé about home price declines. A 3.3 percent year-over-year decline doesn’t seem all that shocking anymore. But prior to the recent housing crash, such a steep decline was unheard of.

The housing market is performing much worse than expected. In 2009, the Mortgage Bankers Association predict home prices would rise by 3 percent in 2011. Last year, the consensus among economists interviewed for the MacroMarkets LLC September survey was that home prices would fall by just 0.8 percent in 2011. A month ago, the economists were gloomier, estimating that housing prices would fall 1.38 percent by the end of the year. That estimate now looks overly optimistic.

I predicted that prices would fall between 2% and 5% this year. The consensus estimates are finally catching up to me. My detractors have inaccurately labled me as bearish. I do believe prices are going to fall, particularly locally, but I am only bearish when and where conditions suggest real estate is overpriced and likely to fall in value.

I am very bullish on Las Vegas real estate, despite the fact prices will continue to fall there. When cashflow becomes very positive, as it has in Las Vegas, the benefits of ownership outweigh the short-term loss in value. With low interest rates, even if prices fall further, it is entirely possible that the cost of ownership may actually go up when interest rates rise.

In Las Vegas, real estate is hated by everyone who owns. Prices are at 15-year lows and still falling. Most owners are underwater on their mortgages, and being a recourse state, they can't just walk away from their obligations.

Everyone in Las Vegas who owns wishes they didn't. The market is experiencing widespread despair. These are the best possible conditions to acquire good cashflow properties with a potential for future rebound.

Neither housing nor employment show any sign of recovery. Nearly four years after the collapse of Countrywide, the nation’s biggest subprime lender, housing is still going down.

How far will it go? A. Gary Shilling says it will take another 20% drop in housing prices to bring them in line with their historical trend. Housing usually rises with the economy. Not more. Not less. To get back on track with the economy now, house prices have to go down.

What about over-shoot? Yes, that’s a risk too. Bubble markets don’t tend to go back to “normal” levels right away. Instead, they tend to go below normal.

Whether or not Mr. Shilling is correct with regards to Orange County, the harsh decline in prices with downside overshoot has certainly occurred in Las Vegas and a number of other subprime markets.

At first, homeowners think it is just a temporary break in an upward trend. They hold on, hoping to catch another move to the upside. Then, they gradually resign themselves to a long slump, but still believe that “you can’t go wrong on real estate, not over the long term.” Then, housing prices continue to sink. More homeowners give up. Some sell. Some default. More foreclosures depress prices even further.

The double dip is causing many real estate bulls to finally see their error in judgment. Bulls waited for three long years of serious declines to reach the illusory bottom of 2009. Now that prices are falling and gaining downside momentum, loan owners who less than a year ago thought they might be back above water soon are now faced with the reality of several more years waiting for a recovery that may never come.

The peak in foreclosures is not expected until March of 2012. When it comes – five years after the crisis began – most homeowners will be ready to throw in the towel. “Housing may go up in the long run,” they’ll say to each other, “but this downturn could last longer than I do.”

Prices are likely to drop below their historical trend. Homeowners will tell their children: “Don’t bother to buy a house. Rent. Housing is a losing proposition. It never goes up.” Then, with housing prices perhaps 25% to 40% lower than they are today, the market will have found its bottom.

Many people who bought in 2002 and 2003 believed they were buying in a normal market. In reality, they were buying into a housing bubble. Jon Lansner at the OC Register began talking about the housing bubble in 2002. Despite his early call, he was correct in his analysis. House prices were too high in 2002 and 2003 relative to incomes and historic norms. He can't be faulted for failing to anticipate just how stupid borrowers and lenders would become.

Few in real estate were seriously concerned about prices being too high in 2003. Few believed it was possible for prices to go down. Obviously, the bulls were wrong — not just a little wrong, but completely and totally wrong on all counts.

The owners of today's featured property bought on 12/23/2003, and they are paying the price for buying into the housing bubble frenzy. After nearly seven and one half years of ownership, they are going to sell for a loss.

They were conservative in their mortgage management, not that they are being rewarded for their prudence. They borrowed most of the money using a $188,000 first mortgage, a $35,250 second mortgage, and a $11,750 down payment. Despite the insanity which followed, they did not add to their mortgage, and if they get their current asking price, this will not be a short sale.

These owners did not find the pot of gold in California real estate, but through prudent management of their mortgage, they will escape with a small loss and their credit still intact.

EQUITY SELLER. This beautiful 1 bedroom, 1 bath condo is located in picturesque Lakepines. This home features high smooth ceilings, warm paint and carpet colors, walk in closet, private washer/dryer hookups and a spacious fenced patio. Association amenities include 2 pools, a spa and tennis court. Great square footage and floor plan. No one above or below. No Mello Roos.