Sales in the tradtionally strong spring and summer selling season were 33% below historic norms of the last 24 years. Prices were also down 6.7% year-over-year. 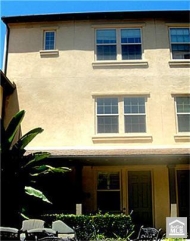 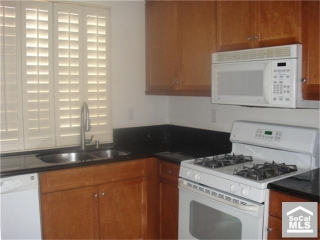 And so fade away

The 2011 selling season was bad. Sales were bad, 33% lower than the average of the last 24 years, and prices were bad, 6.7% lower than a year ago. Of course, whether or not lower prices are good or bad depends on your position in the market. For owners, it's bad. For renters looking to buy, it's good.

Sorry, but 2007 and 2008 were not the bottom of the housing market crash. Those were the two steepest years of price declines, but we haven't seen the bottom yet.

The reason 2007 and 2008 had lower transaction volumes is because the financing was abruptly removed from the market. Loan balances on new originations declined precipitously, down payments skyrocketed out of necessity, and the only sales in the market were those few who had large amounts of cash to close the deal.

The sales of newly homes was the forth worst on record this year. Bad product, bad pricing, and a bad economy will do that.

Condos being down only 20% were the bright spot in the sales report. Condos are nearing the bottom, and the higher sales volumes are a direct result of more realistic prices for that product.

Nationally, total home sales this spring and summer were the weakest on records dating to 1963, the Associated Press reported. The figures underscore how badly the housing market is faring and suggest that a recovery is years away.

Here’s the breakdown of recent activity by key category; included is how the latest results compare to the average monthly sales pace from 1988 through 2010:

The median in January 2009 was distorted by the abundance of sales at the low end and a lack of sales at the high end. With the mid to high end beginning to capitulate, the current mix is somewhat more balanced. That being said, the January 2009 median may be revisited this January. With an abundance of inventory, banks like BofA getting more desperate for cash, and the normal cyclical nature of the market, this fall and winter could be very ugly.

Does anyone who bought new in 2009 believe they are up 41% on their investment? The change in mix creates quite a large distortion.

Perhaps I wasn't so far off after all….

Some of the price gap between condos and single-family homes is due to the difference in cost between their methods of financing. Single-family detached homes in Irvine tend to be purchased with conventional financing. The buyer is putting 20% down, and the cost of financing does not include private mortgage insurance. Prices of many SFRs under this scenario are near rental parity.

The condo buyer is often using FHA financing. They are only putting 3.5% down, and they are paying 1.15% in FHA insurance premiums. This enormous additional cost pushes the 4% interest rate up to near 6% for an effective rate.

It's that time of year

During the spring and summer when realtors are busy creating false urgency to create buying interest, most readers of of this blog know to wait for the fall and winter to find motivated sellers. Well, here we are.

Prices are falling and sales volumes are low. Sellers who feel they must sell know this is a difficult market for them. Only motivated sellers are going to close deals over the next six months. The savvy buyers who are active now know they have options, and if a seller won't come to them, they can find a different one. There is still plenty of inventory.

Most people who bought with 100% financing have already walked away from their properties, but every once in a while, we still see them appear on the MLS. Since 100% financing was a late bubble phenomenon, nearly everyone who used it is underwater and paying much more than a comparable rental. If they could accurately measure the level of strategic default on 100% financing deals, it would be close to 100%.

Lovely townhome located in fabulous Woodbury! True Southern California living! Entrance to your home is through an open courtyard featuring an outdoor gas fireplace and sitting area. Relax in one of the nearby association pools & spas. This tri-level home brings all the comfort you've been looking for!!