Purging debt through default and foreclosure is the key to an economic recovery. This uncomfortable truth is leaking out to the general public. 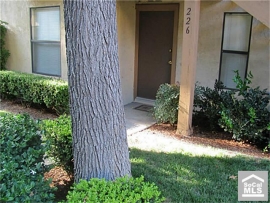 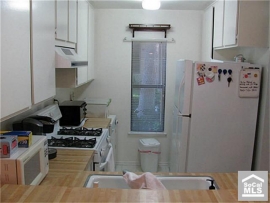 never seems to get you nowhere

You want to save they day

so you grab on the reins and run in circles

You're going to crash and drag the world down with you

Only one thing remains

Default — Only One Thing Remains

The economy is being dragged down by massive debts taken on by insolvent households. We have tried loan modifications, and they failed. Voluntary principal forgiveness is not forthcoming, so that leaves only one alternative to purging the excess debt: massive strategic default.

Massive default is best way to fix the economy

Commentary: Clearing away the debt is the only way forward

There’s a way to do it. Fast. And relatively simple.

The fastest way to fix this mess is to see tens of millions of homeowners default on their mortgages and other debts, and millions more file for bankruptcy.

The apologetic tone of this article reflects the cluelessness of the masses. The ideas he puts forward are the same I have been stating for the last several years without the apologies or the sugar coating. Perhaps it takes this tone to break the bad news to the masses who still believe we can amend, forgive, or earn our way to prosperity.

I don’t like it much either. It sticks in the craw that people got to borrow all that money and won’t have to pay it back.

Yes, the quality of life HELOC abusers got to enjoy while others were prudently living within their means is irritating. However, I think most people are over that. The unceremonious fall from entitlement is poetic justice.

But you know what? The time to stop that was five or 10 years ago, when the money was being lent.

And mass Chapter 11 is, by far, the least obnoxious solution to our problems.

The only solutions to bubbles and Ponzi schemes is not to inflate them in the first place. After the hard lessons of the Great Depression, society put safeguards in place to prevent recurrence of the nasty financial viruses. Unfortunately, we dismantled many of those safeguards in the name of deregulation, and in short order we unleashed a monster.

I pointed that simple fact out in 2009: It's NOT the economy, stupid. “The problems with the economy of the early 90s were rooted in a loss of disposable income because homeowners were overextended on their mortgages, and the money they should have been spending in the local economy was instead going to debt service somewhere else. It is a problem we will face going forward as well–unless the foreclosures wipe out the debts of most homeowners.”

We’re hocked up to the eyeballs, and then some. We’re at the bottom of a lake of debt, lashed to an anchor. American households today owe $13.3 trillion. That has quadrupled in a generation. It has doubled just in the last 11 years. We owe more than any other nation, ever. And for all the yakking about how people are “repairing their balance sheets,” they’re not. From the peak, four years ago, they’ve cut their debts by a grand total of 4%.

And a lot of that was in write-offs.

More than a quarter of American mortgages are underwater. Many are deeply underwater. In states like Nevada and Florida the figures are astronomical.

The key thing to understand is that most of that money has gone to what a fund manager friend of mine calls “money heaven.” Most of these debts will never, ever be repaid in real money. Not gonna happen.

The reality of “money heaven” is not being reflected on lender's balance sheets. With the suspension of mark-to-market accounting rules, banks are pretending they are going to be repaid money they will never see.

Think how corporations handle this kind of situation.

It happens all the time. Banks and bondholders find they have lent, say, $1 billion to a company whose assets and earning capacity will only repay, say, $300 million. What happens? Does the company soldier on with $1 billion in debt it can never repay? Do the stockholders send back their dividend checks? Do they sell their homes to pay off the bonds?

Not a chance. The company goes through Chapter 11. The creditors ‘fess up to their blunder, they face up to their losses, and they fix it. They write down the loans and take the equity instead. The balance sheet is cleaned up, and the company starts again.

Most of the objections to this idea are well-meant, but misinformed.

A fund manager I asked raised the issue of “moral hazard.” Why should anyone pay their mortgage if some people were getting a pass, he asked?

The better question is “why would anyone who is underwater and paying more than a comparable rental keep paying their mortgage?” And the simple answer is “they shouldn't.” Many will be cajoled by the nonsense lenders put out about moral obligation, but by and large, unless a loan owner has equity or is saving money versus renting, they should quit paying. Many will.

If a company defaults, the stockholders get wiped out. If a homeowner defaults, the bank takes the home. I like keeping my home, as well as my savings, and my credit rating. Most people are the same.

The reality is most people don't have any equity or any savings, and their credit score is not worth the hundreds of thousands of dollars they are underwater.

Some will say the financial impact would be terrible. But the banks would just be facing up to reality. And a lot of these mortgages are already trading at distressed levels.

I like that part. Banks should be forced to accept the consequences of their mistakes. The idiots who caused this mess should lose their jobs and their huge bonuses. Unfortunately, that isn't what happened.

I pointed out this fact in Lenders Are More Culpable than Borrowers.

What else are they paid for? Accepting deposits? You could hire people on minimum wage to do that.

Some will say, “it’s immoral” for borrowers to default. Alas, most of these people are being inconsistent. They are usually the first ones to defend a company when it closes down a factory and ships the jobs to China, or pays the CEO $50 million for doing a bad job, on the grounds that “this ain’t morality, pal, this is business!”

But when Main Street wants to do the same thing, they start screaming “Morality! Morality!”

We don’t live in an economy based on morals and fairness.

T Mobile doesn’t charge me what’s “fair” each month. They charge me what’s on the contract. Your employer doesn’t pay you more if you need more. He pays you your economic value. Did Dick Grasso give back his bonus? Bob Nardelli? Dick Fuld? We operate in an economy based very firmly on contracts, and nothing else. Companies, and the wealthy, live by the letter of the law.

American mortgage contracts allow for default. Half of the states in this country are “non-recourse,” which broadly speaking means you can send in the keys and walk away from a bad loan. The other half are sort of “semi-recourse.” The bank can come after you for any shortfall, but only in a limited way. Broadly speaking they can’t touch retirement accounts and basic assets. You can typically keep your car, personal effects, often things like life insurance.

Most of the people who are deeply underwater don’t have that much anyway.

And the banks knew this. When they were lending $500,000 to a bus driver with $1,000 in his checking account, they knew that their loan was only guaranteed by the value of the home.

If they didn’t know it, they should have. Their incompetence is not our problem.

It’s tempting to say, “if someone borrows money, they should repay it.” Generally speaking, I agree. I pay all my debts. But while that makes sense when applied to any individual, it doesn’t work so well when it’s applied to everyone.

Note the after-crash disposable income slice on the far right. That's why the excess debt of the housing bubble is so economically debilitating.

Even worse: People who are underwater on their mortgage, but who do not want to default, cannot move to where the jobs are either. They are stuck with their home.

You want to break this logjam? Try Chapter 11 for the nation. Massive defaults. Clear the decks, clean the books.

Hallelujah! Foreclosures are essential to the economic recovery.

What are the alternatives?

Government borrowing? That’s the Keynesian solution. “The consumer can no longer borrow like a crazy person,” says the Keynesian, “so Uncle Sam has to do so instead.” It’s just transferring private madness to public madness.

If you talk to a Keynesian like Paul Krugman, no amount of government spending is too large if it boosts the economy. Perhaps, just perhaps, the economy should experience a slowdown. The dumb ideas that survived in good times get purged in recessions. That's one of the reasons we have them. Unsustainable business plans which consume resources but provide little or no value get wiped out. The capital tied up in losing ventures is released to find a better home. Keynesian's try to avoid this necessary purging so nobody experiences any pain. It doesn't work. It only builds into larger problems in the future.

Inflation? That’s probably the least bad alternative. But it’s just default by another name. And instead of taking money from the imprudent banks that caused the problem, it robs grandma’s savings.

Once the deflationary headwinds subside, the federal reserve will most likely continue stimulatory policies for too long, and we will experience a bought of inflation. We won't hear any credible inflation talk until the economy picks up, but once it does, we will likely inflate away much of the excess debt by currency devaluation.

Twice before, advanced economies have gone through what we are going through now — namely a massive hangover after a massive debt binge.

The U.S. didn’t get out of it until the 1940s unleashed inflation and reduced the debt’s value in real terms.

Japan still hasn’t gotten out of it. They have deflation, while government debt has skyrocketed.

The correct moral hazard is to punish the banks who lent imprudently by making them eat their own losses.

I told you that you wouldn’t like it. I don’t either. But the alternatives are worse.

He obviously didn't write this article for my consumption. I love the idea. No need to apologize to me.

56 thoughts on “Widespread strategic default is essential to economic recovery”