In a post-bubble world, housing markets and its participants must adjust to the new reality of prudent lending standards and less appreciation. The adjustment will be painful for many. 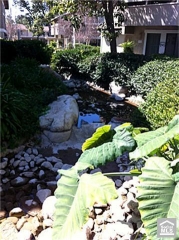 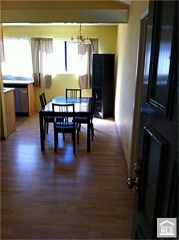 Pain, I can't get enough

'Cause I'd rather feel pain than nothing at all

This life is filled with hurt

The pain from the housing bubble is a familiar topic at the IHB:

In case you haven't noticed, major economic disruptions are painful. It is mentally painful, emotionally painful, and sometimes physically painful. Mentally we all try to figure a way out of this mess. How can we make more money? What can we do about our current circumstances? We tie ourselves in knots trying to solve the enigma. It has no solution. These circumstances lead to emotional pain most often caused by the scarcity of money. We are unable to support our lifestyles, we have to cut back, and sometimes this is not enough. Sometimes the cutbacks are made for us. Creditors close financial lifelines, and lenders foreclose on homes. This can lead to destructive behaviors: divorces, alcoholism, smoking, and a whole host of other problems. This emotional pain leads to stress and physical pain. People start having health problems, and since they can't afford a doctor's visit, these problems often go unattended. In short, recessions really suck.

The pain is not over yet.

The United States needs to make it more attractive for capital to flow back into the housing market to get the residential real estate industry — and the economy — back on track, a Federal Reserve economist said Wednesday.

We may not be duplicating Japan of the 1990s, but the conditions he describes are very similar. The overhang of bad debt and mis-allocated capital will plague us until we decide to do something about it. Right now, we either lack the political will or the financial resources to do anything differently.

This new normal includes millions of foreclosures still in the pipeline. Households, he said, will continue to deleverage — both voluntarily by paying down debt and involuntarily via mortgage defaults — putting further constraints on the economy.

“My estimate is that we have in the U.S., somewhere between $3 trillion to $5 trillion too much mortgage debt,” he said. Emmons said the average household needs to deleverage by about $80,000 or about a third of its mortgage debt.

“Many millions of households have experienced great stress on their balance sheets,” he said. “There is tremendous pressure to reduce debt.” That is key in understanding why the economy is going to grow so slowly.

I am impressed with this economist. His analysis is right on. We are going to purge a great amount of debt through the foreclosure process over the next several years, and until it's done, our economy is going to suffer.

The new normal could last as long as seven to 10 years, he predicted, noting that was his own view not that of the Federal Reserve.

The fools at the federal reserve have to put a happy face on the cataclysm the banks unleashed on society. They may silence this loose cannon for being brave enough to tell the truth.

Emmons gave a decidedly pessimistic view of nation's growth prospects, saying he doesn't expect a bottom before 2015. He spoke as part of a webinar hosted by the American Legal & Financial Network, a national network of legal and residential mortgage banking professionals.

Signposts of the economic bottom will be recognizable

(3) significant consolidation in the housing and mortgage industries makes people feel that profitability in those industries is hopeless.

Yes. This guy truly understands the dynamics of market psychology. The conditions enumerated above are already coming to pass. The bear rally delayed the needed change in attitudes, but people are starting to realize the beliefs of 5 years ago are no longer operative.

As you can see from the chart above, when the market is in despair, prices are the lowest making for an excellent buying opportunity.

But that will be the time “to get in,” he said.

“We have to find that place where housing becomes exciting again and people want to buy houses,” Emmons said, noting that investors will be key to a “self healing” of the housing economy and pointed to “the capitalistic instinct to realize that any period of turmoil presents opportunities.”

Equity investors who view depressed housing prices as an opportunity could allow for large-scale conversion of for-sale properties into rental properties, helping to reduce the time it will take to re-balance the economy.

I know I am doing my part… 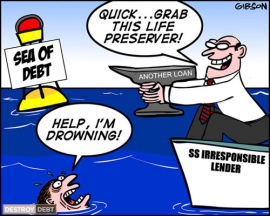 Emmons said he expected little, if anything, out of Washington with the existing cost-cutting mindset and lack of political will for grand-scale programs that would be large enough to make a difference. He also said the Federal Reserve has done what it can, saying the problem is one of solvency not liquidity.

President Obama is scheduled to address the nation on Thursday evening with a jobs speech for a beleagured nation dealing with an unemployment rate at 9.1%. On Friday, the Labor Department released a report showing zero employment growth in August. It's unclear whether Obama will address the country's housing woes in his speech.

But just waiting to grow out of the problem isn't feasible as it would take 20 to 30 years to grow into the mortgage debt the nation has now and the large debt overhang will continue to constrain markets, Emmons said.

I wonder if I can get this guy to go a guest post on the IHB? Everything he is stating has been sprinkled throughout my posts over the last few years. I fully agree with his assessment.

More likely, Emmons said, is a lost decade of deleveraging, much of that through mortgage defaults. While the adjustment will be more painful, the nation will hit bottom sooner and get back to normal sooner.

Deleveraging will increase disposable income and boost consumer spending. Money spent on interest is wasted to the economy. Debt is only an economic boost while it is getting larger.

With consumers on the sideline, the nation will need to figure out how to grow the economy without the help its gotten in the past from consumer spending, he said.

That means attention toward business growth and global competitiveness.

“We have to create climate for more business investment to take the place of consumer spending,” he said. In the short term, government spending will need to fill the void as the economy works to re-balance, he said.

Back in December, Fed Chairman Ben Bernanke expressed concerns that the economy would not continue to be self-sustaining. It takes about 2.5% GDP growth to keep unemployment stable.

As growth slows below 2.5%, it may be more likely that the nation will slip into recession. Emmons suggested that may have already occurred as debt ceiling talks and the recent debt downgrade by Standard & Poor's further pummeled consumer confidence.

Ultimately, a stronger housing market will be key in getting the economy back on track. Five years ago, few would have thought the country would be in a situation with home prices down some 30%.

People seem incredulous that prices can drop further, but they can, he said.

“The scale of problems is so huge,” Emmons said. “Like a huge earthquake shook the entire nation, and knocked all the houses down.”

Fantastic article. Few have the insight to see the truth in Mr. Emmons statements, and even fewer have the stomach for the truth it contains. 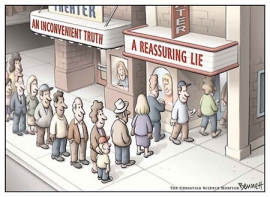 The low end is still searching for a bottom

The properties undesirable for owner-occupants are not being bid up to rental parity by conventional financing. In fact, they are not being bid up by FHA buyers either. The final line of support will be cashflow investors. With a $1,000 per month cost of ownership, someone will buy this before prices go too much lower.

What looked like a teaser listing back in March is still going down. The lender would not be lowering price if a buyer were in place. How much lower will this one go?

Style: One Level, Other

Excellent Short Sale Opportunity!! This is a beautiful 1BR/1BA unit on the second floor. This home has laminate wood flooring through out the house and is a must see. Hurry! Wont last!

33 thoughts on “The new "normal" means more pain ahead”