The Irvine company sold less than 100 homes per month in 2010, but they are opening two new developments in 2011, the Villages of Stonegate and Laguna Altura. 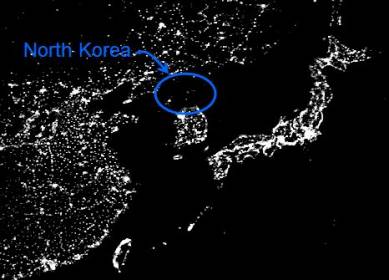 And I wanna believe you,

When you tell me that it'll be ok,

yeah I try to believe you,

I don't talk about what the Irvine Company does much, mostly because they spend so much money putting out the word that my coverage isn't necessary or important. Plus, everything they write is marinated with cool aid, and reading hype gets old quickly. I try to believe them, but i don't. However, since everyone is interested in what the behemoth is up to, I thought I should report on their latest activities.

Just over a year ago, the Irvine Co. tested the waters with a tentative homebuilding project in its Woodbury developments, setting a modest goal of selling 700 units in two years.

But demand for the homes — featuring revamped designs for homes in the highly rated Irvine school district — went wildly beyond the company’s expectations.

This week, the Irvine Co. reported that it has signed 1,234 buyers since the debut of the 2010 New Home Collection 13 months ago. That includes units both in the original seven-project New Home Collection and in an additional five programs in Woodbury and nearby Stonegate East that were added later.

“Although the housing market may not have turned nationally, it has unquestionably returned in Irvine,” said Dan Young, president of Irvine Co. Community Development, the Irvine Co.’s homebuilding arm.

Studying historical trends, Irvine Co. officials determined that the “inventory” of homes for sale had hit a low, meaning that Irvine was poised for a rebound. But they were careful from the start to say that conclusion didn’t necessarily apply to other parts of the housing market.

About 10,000 people turned out for the project’s grand opening in January 2010, with homes selling more than twice as fast as originally expected.

“The incredible sales and rising prices at Woodbury in Irvine were the national new home story of the year,” Irvine-based housing consultant John Burns told the Register.

“In terms of price and absorption, the Irvine Co. introduced the most successful new home developments in the United States last year. Access to major employment, shopping and service centers … and access to some of the highest quality schools in California draw a wide market audience.”

Mark must have signed a big new contract.

The Irvine Co. has broken ground on the first of 596 homes it plans to build in a gated housing development on hillsides overlooking Laguna Canyon Road, the company has announced.

The sales office and model homes for the new Laguna Altura project — formerly called Laguna Crossing — are scheduled to open on May 14, said Dan Young, the Irvine Co.’s homebuilding chief.

Along with Stonegate in north Irvine, Laguna Altura is part of the developer’s 1,250-home “Irvine Pacific Collection.”

The project will consist entirely of single-family homes, with prices ranging from the low $600,000s to more than $1 million. The development includes:

Young said that all the homes in the Irvine Pacific Collection have new designs that incorporate innovations used in the 2010 models, such as replacing formal dining rooms with “great rooms,” and providing plenty of storage for items purchased from big-box stores like Costco or Wal-Mart.

However, four of the projects — San Mateo and San Marcos in Stonegate, and Siena and San Remo in Laguna Altura — are detached versions of attached homes that the Irvine Co. is building in a separate ongoing development called Stonegate East.

“People loved them, but said they would be willing to pay more if they were detached,” Young said.

As with the new Stonegate development, buyers will be able to pick out options for their home such as carpeting, cabinets and countertops at a new design center in Woodbury. And lenders will be embedded from Wells Fargo and Bank of America to help buyers apply for loans if they choose.

The real estate firm is opening two new developments in the spring.

The Irvine Co. is moving forward with plans for two new developments that, when complete, will boast nearly 2,600 properties and could create some 8,000 jobs. Stonegate in north Irvine and Laguna Altura, off Laguna Canyon Road, are being developed by the company's Irvine Pacific affiliate and are touted as the two largest villages to come to O.C. since Portola Springs opened in July 2006.

The project capitalizes on the success the Irvine Co. has seen in recent months; the firm's New Home Collection has sold 1,234 homes since it debuted in January of last year – landing it among the most successful developments in the U.S. in 2010, in terms of price and absorption, said Mark Boud, principal of Real Estate Economics.

“Access to major employment, shopping and service centers, combined with outstanding community design and recreational amenities, and access to some of the highest quality schools in California draw a wide market audience,” said Boud. “The Villages of Irvine are ideally situated to take advantage of strong new-home demand and little competitive supply in Central Orange County.”

Part of the Irvine Pacific Collection, the Village of Stonegate is located on Irvine Boulevard between Sand Canyon and Jeffrey Road. The project will feature 2,000 homes in four neighborhoods – Santa Clara, San Mateo, San Marcos and Maricopa. Prices will range from the mid-$300,000s to the high-$700,000s. Laguna Altura will feature 596 homes in four communities – Siena, San Remo, Cortona and Toscana. These residences will start in the low-$600,000s up to the low-$1 millions.

“The Irvine Pacific Collection provides homebuyers with an array of new-home opportunities, whether they are looking to purchase their first home or take advantage of the opportunity to move up to a larger residence,” said Daniel Young, president of Irvine Co. Community Development.

Much like the New Home Collection, Stonegate and Laguna Altura will feature designs aimed at representing a “'way of life' that is uniquely attuned to the hopes, dreams, needs and goals of today's homebuyer in Irvine,” he said.

The properties, which include a mix of townhomes and single-family residences, will include designs such as a large central area – known as the Great Room – that blends the family and dining rooms and opens to the kitchen, as well as an indoor-outdoor space dubbed the California Room. In addition, the homes will be designed and built with materials, appliances and energy systems that exceed California building requirements, according to the Irvine Co.

“The Villages of Stonegate and Laguna Altura are just the latest examples of the bold leadership demonstrated by the Irvine Co.,” said Lucy Dunn, president and CEO of the Orange County Business Council. “Last year they truly implemented their own ‘local stimulus package’ and literally jump-started our construction economy by bringing much-needed jobs to our county. Their leadership and unprecedented success convinced other developers to get off the sidelines and restart construction in our county and that means more jobs too. The Irvine Co. ignored the naysayers a year ago, and the results have been simply astounding.”

O.C. homebuilding to run 62% below average

How low? As you can see in the chart at right, that 2011 estimate for Orange County residential building permits to be filed by local developers may run 62% below the 1990-2007 average pace of Orange County home construction! (We’re not alone. If LAEDC is correct with its outlook, the 5-county SoCal region’s housing construction will run 65% below average this year.)

As part of the real estate and homebuilding industry, I am thrilled that the Irvine Company is building homes. However, as I have stated on many occasions, the shills who trumpet the blistering sales rates are talking nonsense. We are emerging of historic lows, and the year-over-year percentage increases sound great, but building 62% less homes in 2011 than we have on average for the last 30 years is hardly a runaway bull rally or a new construction boom.

At least the Irvine Company didn't embrace the mid-rise residential tower idea. That product isn't living up to its expectations.

Prices in the North Korea Towers are in the bottoming process. Clearing prices are generally in the $300,000s.

Closest homes similar to 3131 MICHELSON #405, which sold within the past six months:

As you will see with today's featured property, the cost of financing and the price itself has finally dropped enough to put these units at rental parity. Of course, prices would need to drop another 30% to entice a cashflow investor. As it stands, these units are being purchased by cash investors who are speculating these prices will rise in the future. I think the investment is foolish.

These units used to have a $1,100 per month HOA, almost nobody in these buildings are paying their mortgages or their HOA dues. The HOA is likely severely underfunded and facing future assessments. I could be wrong, but I would need to see detailed financials on the HOA before considering buying here.

These units never made any sense. This is not a walkable area. You won't walk out your front door and frolic about the neighborhood. These towers have nothing to attract an urbanite.

Best Value Available at the Marquee! Adorable condo on the 2nd residence level with garden views. Located in Park Place Center with loads of great restaurants, coffee shops, market and easy access to the 405 freeway. This condo doesn't have a view, but is located in the West tower away from the freeway. This condo has finest in modern appointments including wall-to-wall floor to ceiling windows, hardwood floors, granite counters, european cabinetry, travertine tile, built in closets, stainless steel appliances & more. This is a great value and one of the lowest prices in this community.